Can the Phone Booth Save Office Productivity?

Once ubiquitous on street corners, at train stations, and in hotel lobbies, the old-fashioned phone booth has disappeared from daily life. Even Superman has found another way to change into his costume. But the essential concept of a booth dedicated to privacy is making a major comeback in the office. In fact, an updated version of the phone booth may end up rescuing businesses from their open office problems. 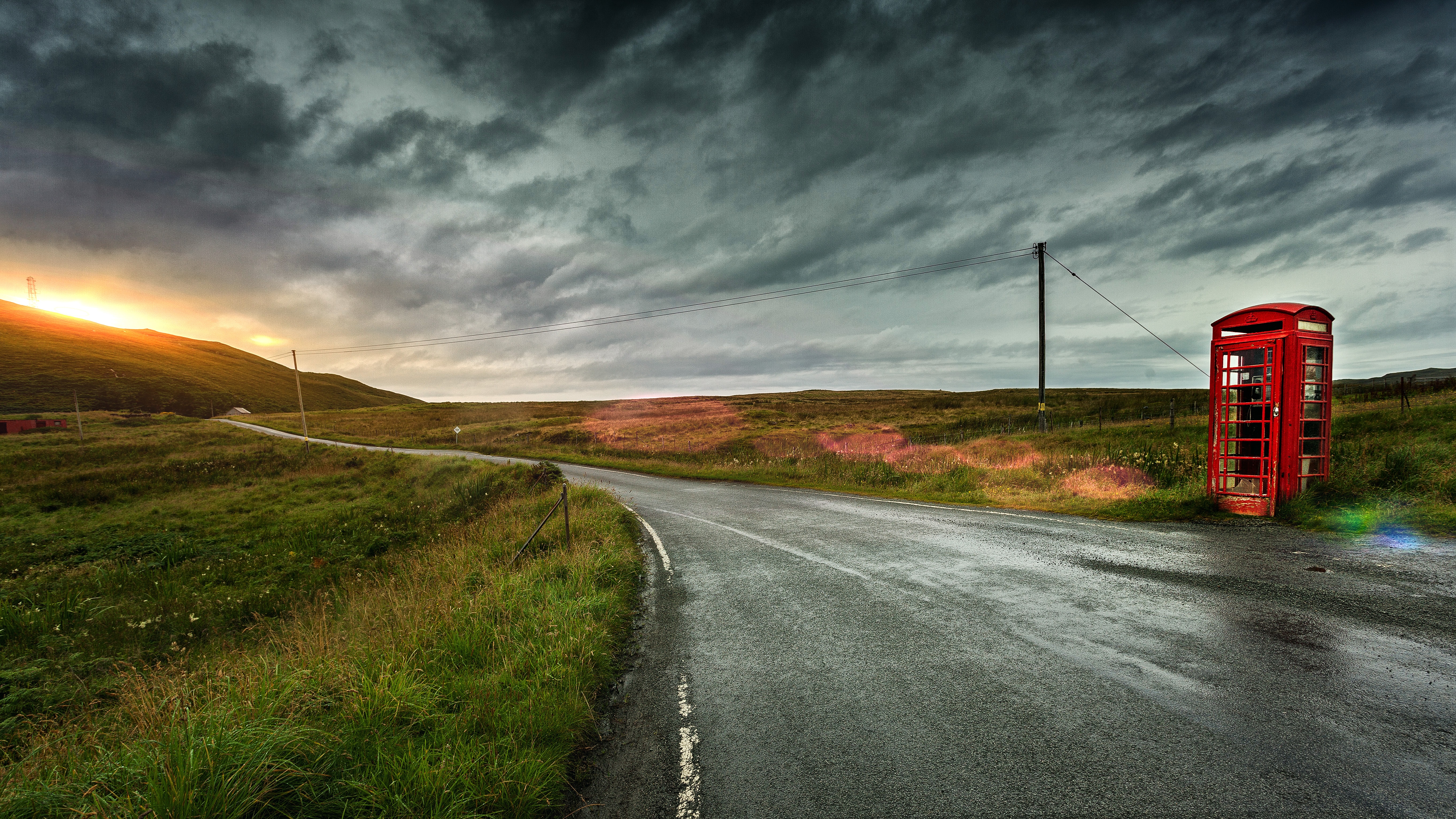 There’s been mounting evidence and research that the open layout commonly found in today’s workspaces can hurt productivity and worsen employee experience. In the complete absence of privacy, employees tend to avoid interacting with each other, spend more time working from home or off-site locations, and seal themselves off with headphones to appear less approachable.

Yet more than 70 percent of workspaces in the U.S. are currently open plan. That’s because the original intention behind open planning—encouraging more collaboration and greater transparency—was sound, but in practice it had the opposite effect.

But reworking an entire buildout can be expensive, and it takes time to plan and execute. Plus, reverting to traditional cubicles, which have long been considered too static and inflexible to adapt to changing business needs, isn’t an appealing option. Enter the modern-day phone booth: it won’t let you change into a superhero costume, but it gives employees a private space to take conference calls, concentrate on projects, or enjoy a moment of respite in a busy, loud workplace.

A Modern Take on a Classic 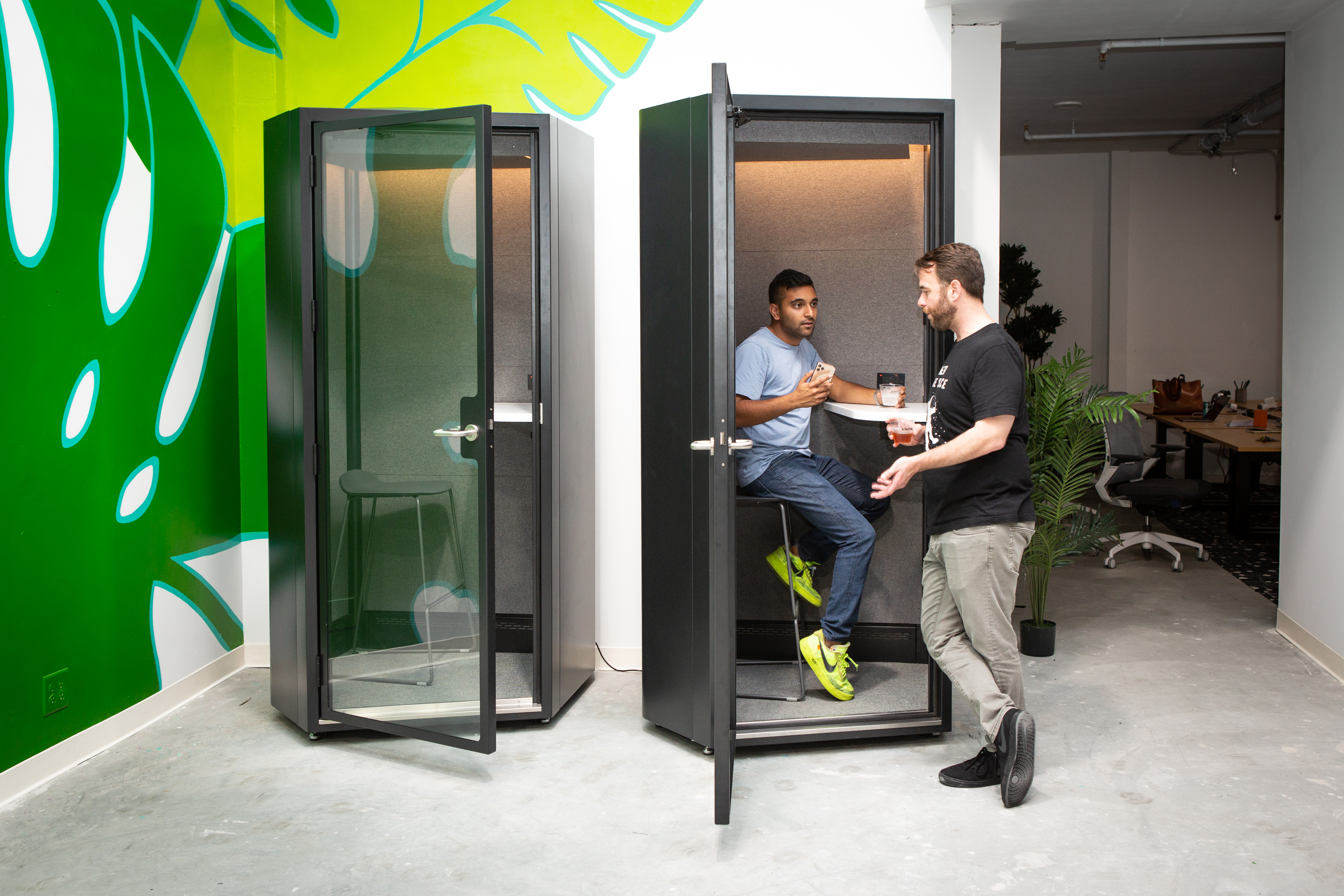 The contemporary phone booth is a sleek, reimagined take on the original that fits comfortably within modern workspace design and adds a much-needed element of flexibility. The idea is simple: four walls, a roof, a transparent glass door. It can be as stylish as needed, but also has the functionality of a miniature conference room, with USB ports and a small table.

At first it may seem strange: why lock yourself in a three-by-five booth in the middle of the office? Because it makes work easier. Teams across all industries who use phone booth-like structures report having a greater sense of control over their work environment.

It increases efficiency, as well. Using a four-person conference room for a one-on-one phone call isn't the best use of space, but phone booths allow smaller meetings to happen without taking up unnecessary space.

Phone booths have also been shown to improve socializing in the office. Since they now have the option to find privacy when they need it, employees no longer hide themselves behind headphones or avoid conversations with their coworkers. When work conversations are carried into a booth, they no longer compete with office banter, making it easier to feel heard, and this, in turn, creates a sense of empowerment among staff.

Being empowered to make decisions about how and when we work is more valuable than ever in today’s competitive, talent-driven market. The Millennial workforce is dynamic, accustomed to change, and prefers when a workspace can keep pace with a fast-paced market. That’s why phone booths can make a noticeable difference in the race for talent.

With more businesses shifting to flexible work styles and furniture-as-a-service, there is no better time to adopt phone booths. With a subscription-based service like Geometry, offices are afforded flexible solutions, including phone booths, that change with their needs. These end-to-end systems combine full functionality with style at affordable monthly rates, meaning office managers and business leaders are fully in control of the flow of their spaces.

Another notch in favor of phone booths? They’re extremely cost-effective. Building out conference rooms and breakout rooms can be pricey, but modular products, like phone booths, are easy to assemble and disassemble. Almost all companies who have implemented a phone booth have reported immediately ordering more; a service like Geometry makes that easier than ever.

For businesses looking to make their employees more empowered and engaged, or those struggling to deliver some sense of privacy that will encourage staff productivity, it may be time to step (back) into the phone booth.