An L&D Expert on Rethinking Leadership Beyond Clairvoyance and Hubris

Rich Vincent, Knotel’s Senior Director of Learning & Development, has had an expansive career in leadership development. After his tenure as a military officer, he worked in both startups and large global companies, including Nestle, Amazon, and Microsoft, accumulating ample experience teaching leaders across numerous sectors. His experience in leadership and management development led him to Knotel, where he builds our learning and development programs.

In a small-group discussion around adapting learning and development strategies, Rich presented strategic lessons that are applicable not only to one’s career, but to one’s personal life as well. We highly recommend you listen to the full recording, as our guests’ insights combined with Rich’s storytelling make for a very interesting conversation (with a healthy dose of humor). If you’re short on time, however, we’ve aggregated some of the richest (pun intended) quotes, stories, and points from the discussion, anchored in the crises that many leaders and employees are facing today.

Thomas Kuhn wrote a book called the “Structure of Scientific Revolution,” in which he argues that scientific progression “is not evolutionary, but rather a ‘series of peaceful interludes punctuated by intellectually violent revolutions,’ and in those revolutions ‘one conceptual world view is replaced by another.’”

The book elaborates on what happens when people underestimate the foundational significance of a scientific discovery, and what happens when people do realize the significance and are threatened, and how the subsequent revolution transpires. There’s a parallel here to the world we’re living in today: Earlier on, many of us may have underestimated the transformational power of the global pandemic that is COVID-19, but most of us have now realized that this pandemic will have permanent, long-lasting effects on the world.

Orienting ourselves in this critical moment of transformation as learning and development professionals, we must ask: How do we prepare people? What do they need to learn? What is the profile of an effective leader or employee that we’re trying to build? We can ask the same questions of ourselves in both our personal and professional lives as well.

Building for Robustness: an Adaptive Strategy

Our leaders prize agility, but often they don’t know what the target is.

The hardest habit for leaders to break is that they’ve been trained on certain skills and abilities with a view to predicting the future. They’re supposed to be brilliant strategists who are borderline clairvoyant. But Rich says that’s silly. If you seduce yourself into thinking you’re smart enough or clairvoyant enough, you’re going to get yourself wiped out. In a world of rapid change, it's assuming you know something that gets you blindsided, because you’re not actually looking where you’re going.

What’s important in an adaptive strategy is that you build for robustness, not clairvoyance.

Clairvoyance is saying to oneself: “I’m going to build the strategy because the world is going to look like this.” And the truth is, many of us have been taught to strategize like this. But certainly in the time of COVID-19, we’re realizing that four-to-five diametrically different worlds may emerge. Only the fool thinks he can place a bet on what that looks like. So, is there a strategy that not just survives but excels in two opposite worlds? 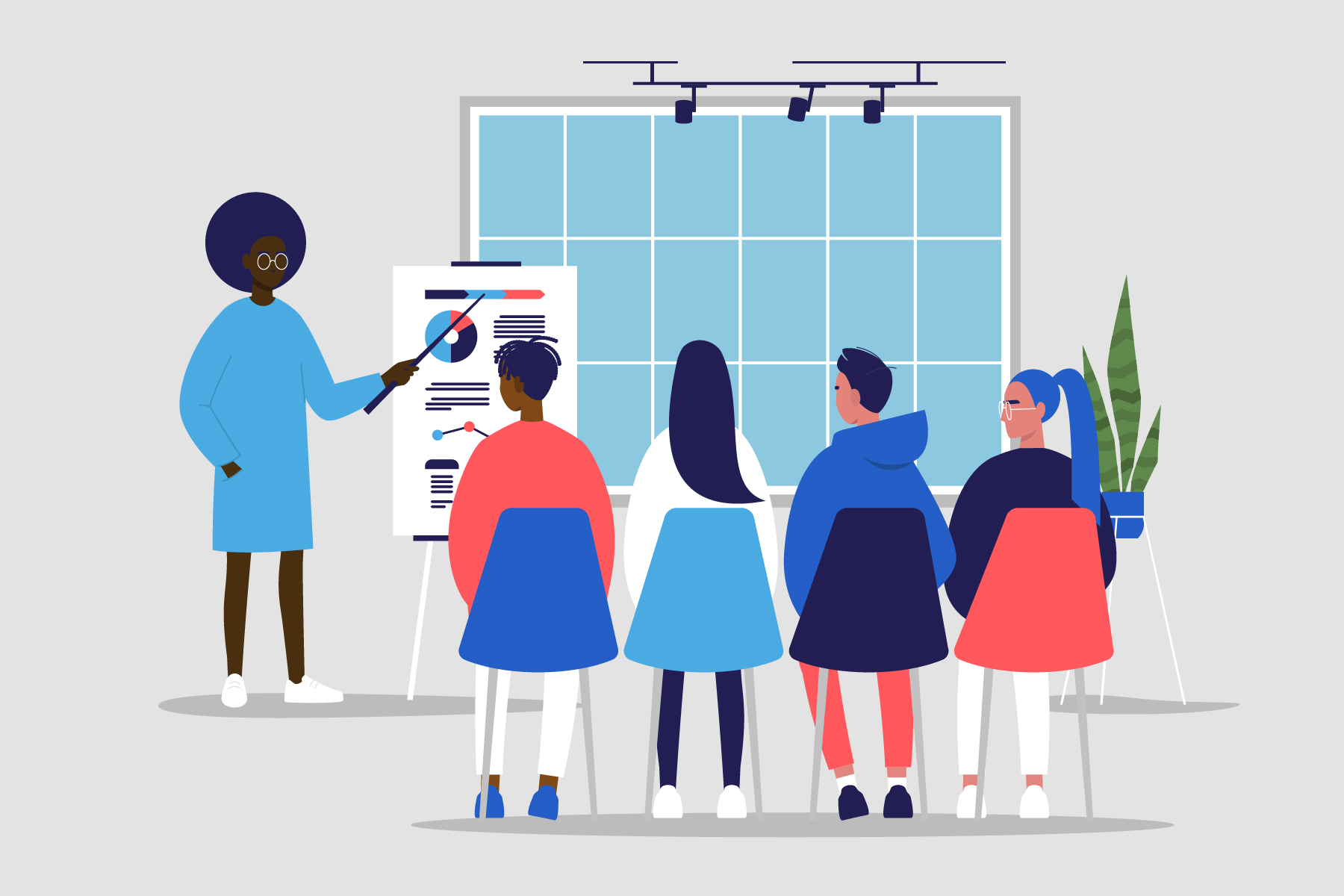 A Lesson on Building for Robustness

In the early 1990s, a graduate student at Columbia Business School, in association with the executive education program, wanted to find out: How do you tumble into the future successfully?

A group of executives was handed a list of questions, the answers to which weren’t immediately clear, but not so far fetched that they couldn’t be uncovered. The test consisted of 10 questions such as: How many gas stations are in an average city? Approximately how many stars are in the milky way? How many manhole covers are there in a city of five square miles?

The execs could give their answers as a range, as narrow or wide as they wanted. But there was a catch: they had to be 90% certain that the right answer would lie within that range. Not complicated.

Before taking the test, the execs were asked to predict their final scores, which you might think would average at 90% since that was the level of certainty required. The predicted scores, however, averaged at 94%, meaning a few of the execs thought, “I’m nailing this at 100%.” The execs then took the test, and once they finished, they exchanged the tests for each other to grade.

Now, what was the mood in the room as the test answers were announced?

The average score of these senior executives was 23%. So, what was the mechanism at work here? There was an obvious strategy of how to get the right answer: you set your range as zero to infinity, and you’re right 100% of the time. Easy.

That doesn’t account, however, for the value placed on guessing with a certain amount of precision. We’ve been reinforced our whole lives in business to think that precision equals accuracy. It is very hard for executives to not feel overconfident when precision is what they’ve been prepared for; they feel pressured to provide an answer that’s more accurate than some wild guess any amateur off the street could give.

Part of the transformation of strategy that we as L&D professionals must teach to our companies (and ourselves) is recognizing the premium of setting a fairly wide bracket. A robust strategy is one that accommodates a wide bracket. That's not what’s happened in our story about these executives — and it’s not just executives, it could be any of us.

It’s not always just about setting the wide range. The wide range is simply a robust strategy that can survive if 3-4 diametrically different worlds emerge. But as you arrive at the key vista points on your journey — as you tumble into the future — you do see and learn certain things if your eyes are open. You have to have the ability to be agile once things are known within that wide bracket. 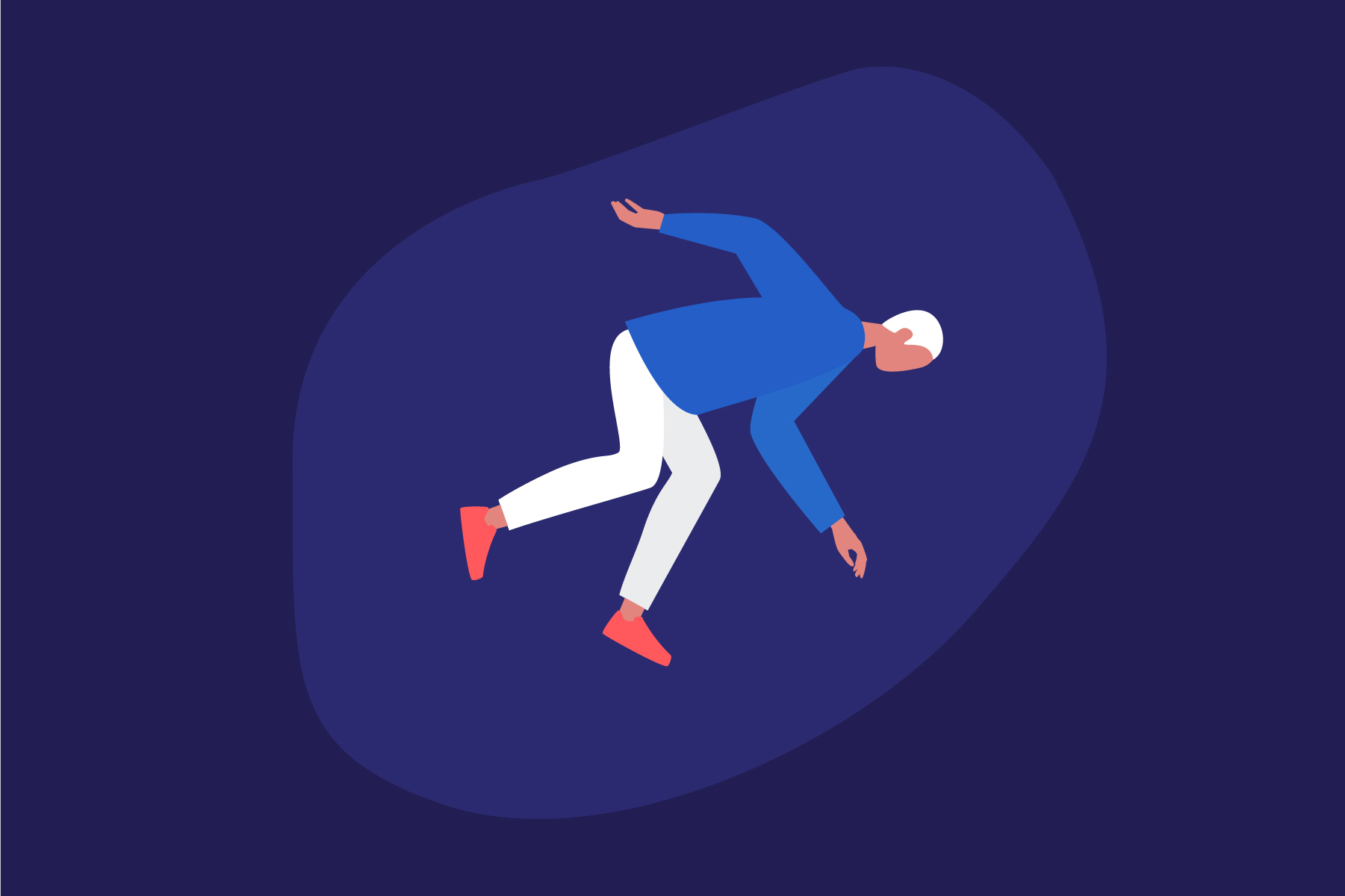 The ability to be consciously agile as you tumble into the future is building an adaptive capacity into your strategy.

Here’s how most people are used to approaching strategy. They stick a flag out in the future, and because they're a very smart person, it’s a sure thing: that is where they’re headed. And because they’re gifted, they can take a series of steps back from this flag and map the exact strategy it takes to hit that point.

Now, as they get one step into the future, they realize that the flag isn’t exactly right. So they think, “Ok, if I land instead within these boundaries, I still get credit. The flag is right!”

As they get to the next vista point of their journey, they see and learn some more things, and realize that their bracket isn’t quite right either. So they broaden their bracket again. It’s a little humiliating, but they push on. Now that they know more, they adjust the range of what they think will accomplish the goal of, quite frankly, proving that they were right about the flag in the first place. (Remember the business school story!)

The thinking here is that they’re committed to this strategy, but they’ll never admit that sticking to a set strategy might be an outcome of executive hubris. As we’ve gotten to a new vista point, and because fate is cruel, the bracket widens again. Rinse and repeat. The whole strategy is anchored by the hubris of the first guess. You keep stretching from this flag to accommodate reality as it unfolds.

What have we surfaced here? Even though it sounds like semantics, it’s exactly the opposite. We ought to say, “we’re going in with a wide bracket and we’re 90% sure; we’re building the strategy for robustness.” We want strategies that succeed (or at least survive) if 4-5 diametrically opposite worlds emerge. Now, we tumble into the future and get to the vista point, and because we value our agility and adaptive capacity, we can instead narrow the bracket.

What this means is that we’re here to learn. We’re agile.

The probability of what can happen is driven by what has already happened. With each vista point, we can refine our strategy, and the world becomes a little less unknown. The strategy is actually getting narrower and narrower as facts emerge, instead of getting broader and broader as our guesses are proven wrong.

Now, none of this works, if you don’t have the humility and rationality to accept a broad bracket — accepting that you don’t know what you don’t know. The core strategy is preserving your future opportunities through robustness, as opposed to arrogant clairvoyance, and the core capacity here is agility, You get to a vista point, you see it for what it is, and you adapt. Zero to 100, 100% of the time. That’s the way you play this game.

L&D professionals are in the learning and communication business. And if business leaders don’t know this strategy, it’s not their fault. It’s the fault of the expert.

For leaders and experts — everything in their life has taught them to value expertise and precision, and their experience has reinforced it. It’s not their fault. In a fundamental sense, conventional knowledge has flipped in a time of crisis.

The things that brought you victory are the things that will upend you in the future. Certitude will get you killed. This is what we need to be practicing in our learning and development, and we ought to be forgiving as our leaders and employees learn to adapt. That’s what true leadership is: it’s the ability to be agile, to focus on a north star but be adaptive on the journey of climbing a mountain.

Listen to the full recording here.